A podcast that ranges from Children to Adults. Personality to Psychology. Education to Development. Philosophy to a modern critique of society. Shortlisted in top 10 for the People's Choice Podcast Awards 2017 in Education. Since March 2018 - no presenter just Dr Naoisé O'Reilly downloading her brian. Recorded in short bite-sized segments. How to navigate the world with true understanding of your core self and others.
"One aspect which creates misunderstanding in people about me but which makes me highly accessible to others is my lack of formality. I’ve never needed to hide behind my academic qualifications or speak in high academic prose. One reason I left academia was because of its lack of accessibility which I was a victim of because of my own profound dyslexia. All parents I meet feel intimidated by education. However, this doesn’t mean I have a simple way of seeing the world. And if I’ve created it for others it’s formed by endless research and methodology. I’ve spent my life focusing on how others need to receive communication. How each personality hears slightly differently. I’ve achieved what I set out to do when I started my own school 11 years ago after my doctorate in Physical Oceanography. Independent thought and critical thinking possible for everyone regardless of education status."
Podcast disclaimer on Purple Psychology dot com. More information drnaoiseoreilly dot org. ©Dr. Naoisé O'Reilly 2020. 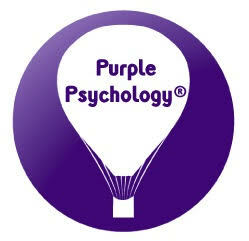 I don't have all the answers in this podcast but I'd like to talk out the patterns I have seen between 1st and 2nd generation to university in families. What are we losing? Why is a 2nd generation so lost? Unfulfilled?

What is gaslighting and narcissism? Why are they so effective currently during the American election? This can be used for all relationships but I thought a practical example of the election would be a good context.

The full list from my website - I have skipped some just because this is the longest podcats I have ever recorded and I wanted you to get the end! But I think maybe it's a good way to see the sheer diversity that goes into my thinking and writing.

*Note - slight slip where I called it the 'Progressive' Democrats Convention this week - But that has been because it's been so Progressive to me!

I think it is really important to credit others work – what has gone before you. And to allow your readers/listeners and so on to form their own opinions of the work. You don’t have to love or agree for them to inspire you – but many of these are my heroes. Not in any order – just as they came to mind. I seem to add to the list weekly as I continue to learn.

A complete overhaul of the education system presented for every stage of learning. Why we are not developing balance, responsible well-adjusted people. What needs to change. What possibilities are available to us now because of the pandemic. Link to Manifesto on drnaoiseoreilly dot org. Just above the image, 'Personality is an inconvenience in school'

How to turn this around so you don't just hit a wall. How to have a political debate without it being a debate. What matters right now? What is a date beyond the 3rd November which everyone cares about? - Thanksgiving. I promised to still focus at least one episode on the American election in the run up to November. This has huge implications for the whole world as I have already recorded in previous episodes. NOTE: Of course, the origins of Thanksgiving are ironically not positive - but for everyone, this is a landmark day. As many of the Native Americans have especially suffered during this pandemic it marks an especially poignant moment.

How do we create new majorities? Should it be our focus or should we focus on the individual? Why do some people continue the balance of working between the individual and the big message of why they started creating? Why I have had multiple projects since the start.

Why are we viewing distance learning as difficult? Possibly because we have lost the purpose of education in the mix. Why can't we look at other models such as the Open University in the UK which have had a blended learning model since 1969? Will we finally decide to look at inequality in education?

In a context to Ireland and America. Why I have never got involved in Irish politics despite starting out in student politics both national and within my own university. Why we are still banning tampon ads in Ireland and what route thinking needs to change. Why I focus my energy on the core of each individual.

How do we chart our own growth? Why do we tend to count up the 'young' achievements of famous people so much more easily than their later achievements? Why is reflection so important in a world of external validation?